Arun is a passionate gastroenterologist who is adept at sorting out clinical problems, from the most simple to the most complex. He has a deep understanding that some disorders involve an interaction between the brain and the gut and can require a nuanced approach to diagnosis and treatment. Arun grew up in Melbourne, attending Monash Primary School in Clayton (unfortunately now demolished) and attended high school in North Queensland where his father worked as an an academic at James Cook University.

He returned to his home town to attend Melbourne Uni and spent a period of time in the halls of Ormond college. After spending twelve years interstate and overseas, Arun has returned to Melbourne to hopefully implement the broad range of skills he has developed working with a large variety of leaders in the field.

Dr Arun Gupta is a specialist gastroenterologist working in Melbourne, Australia. Arun attended medical school at the University of Melbourne (1998) and completed his residency as a house officer at The Royal Melbourne Hospital. He went onto specialty training in gastroenterology and endoscopy at Westmead Hospital and Royal North Shore Hospital, both in New South Wales. Arun subsequently completed a clinical fellowship at the John Radcliffe Hospital in Oxford, United Kingdom.

Dr Gupta worked in a senior role at the Canberra Hospital between 2013 and 2020, where he served in a clinical role for both the Human Research Ethics Committee and the Drug and Therapeutics Committee. He played a strong role as patient advocate for improving quality and safety within the department, and played an active role in mentoring junior doctors, including involving them in clinical research projects. Arun held the title of clinical lecturer at The Australian National University during this period.

Dr Gupta was awarded the Doctor of Medicine research doctorate through the University of Melbourne in 2015 for his work with Professor Finlay Macrae, AO relating to inflammatory bowel disease. He is presently an honorary research fellow at The Royal Melbourne Hospital and fulfilled the criteria for the GESA Colonoscopy Recertification Program in October 2018. Dr Gupta has an interest in regional outreach and periodically works as a visiting medical officer in Devonport, Tasmania.

For further information about Dr Gupta and his research interests, please see his personal website at arungupta.com.au 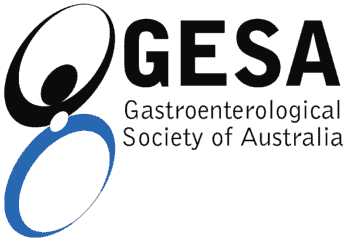